The bus is now going down Lordswood Road and on the left we will see the Old House at Home pub. This is the second “House at Home” on this site, there was an older one here from before when the Outer Circle buses started running in 1926. It seems that the landlord here between the wars was a Harry Calver who had been the first manager of “The Tower of Varieties” which became the Birmingham Hippodrome Theatre. The pub is not particularly remarkable, but we will refer to it later in our journey.

Off to the left after the Old House at Home is Carless Avenue, along which is the Moor Pool Estate. This was established in 1907 by John Nettlefold, of Guest Keen Nettlefold, a familiar name now in the form of GKN.

The Moor Pool Estate was part of the Garden City concept shared by the Cadbury family, to provide low density housing centred on a community hall with many green spaces, at a time when the majority of inner-city housing was crowded back-to-backs.

As we approach Harborne we might like to reflect upon the fact that rural Harborne was a centre for the growing of gooseberries. In fact, the Gooseberry Growers’ Society annual dinner was held at the Green Man pub in Harborne High Street from 1815 for over a hundred years.

On the right as we enter Harborne you’ll see the Swimming Baths, which originally opened in 1923 They are still there, but now fronted by a more modern building.

About 200 yards away along Harborne High Street is another “At-Risk” building – the old Royalty Cinema, which became a bingo hall and has since been empty since 2012. It has a magnificent Art Deco interior. On the 19th of September 2018 The Royalty suffered a major fire which is being regarded as arson. The main auditorium is now gutted.

The Outer Circle bus now turns out of Lordswood Road into Harborne Park Road, and if one blazing Harborne building is not enough, here’s another one. At the junction there was a pub that was originally called the Kings Arms. This was re-named the Huntsman a few years ago when owned by a hairdresser. Afterwards the roof caught fire – could he have left his curling tongs plugged in?

The derelict building became unsafe and a block of flats has now been built on the site. To their credit the developers have created a building that may reflect memories of the old Kings Arms. 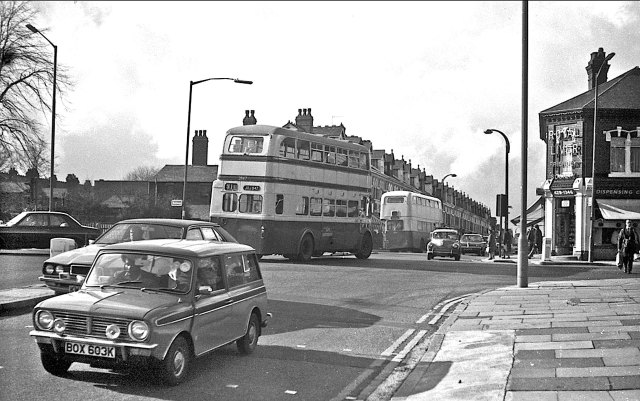 Ex-Birmingham bus no 2847 (the rare one with platform doors), turning out of Lordswood Road on the Hagley Road c1972 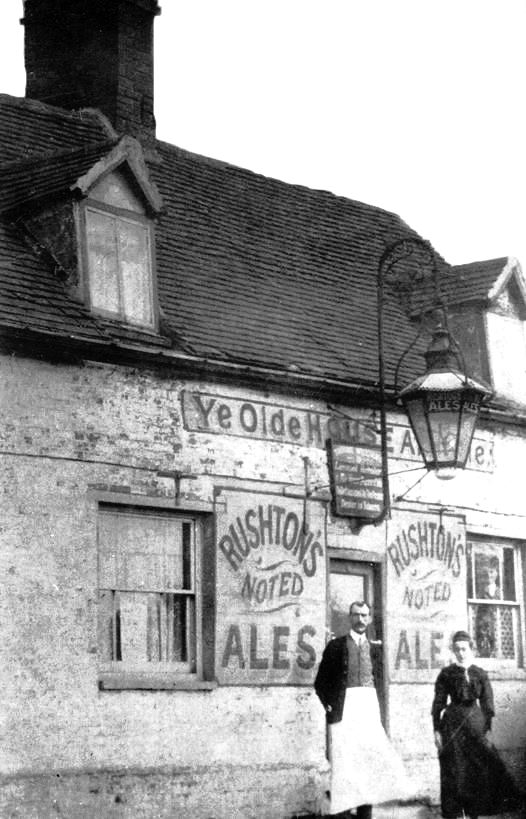 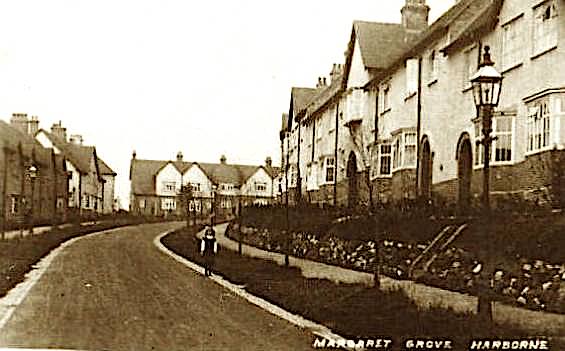 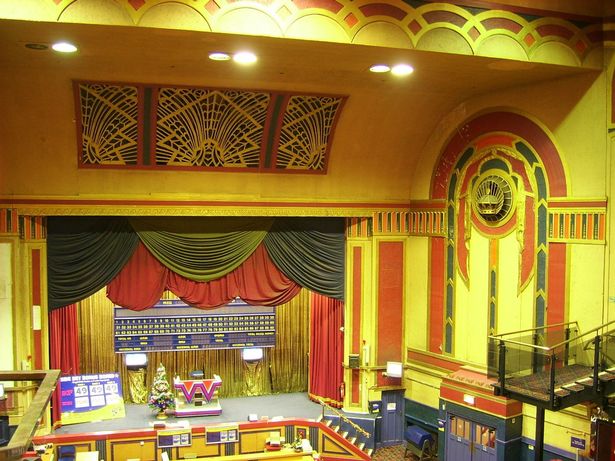 Interior of the Royalty Cinema 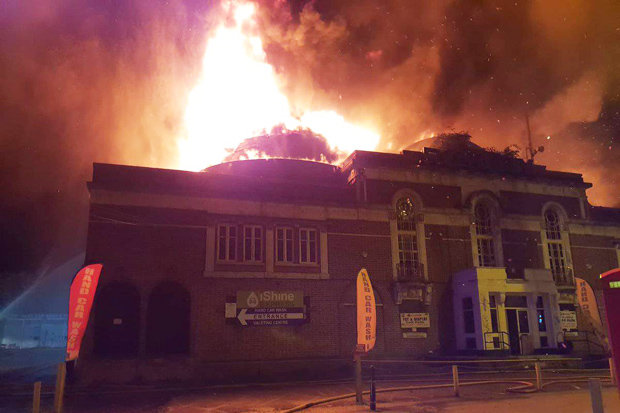 The Royalty Cinema on fire in 2018 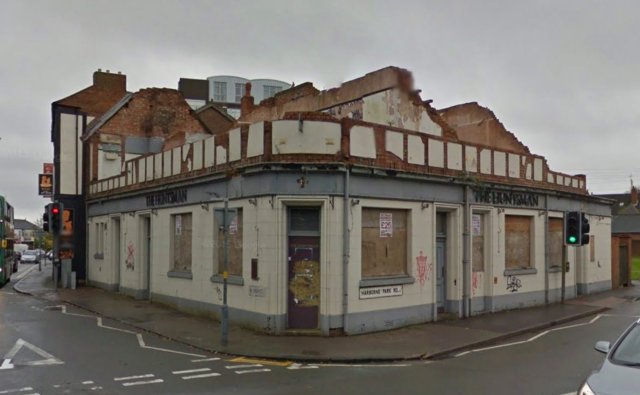 The flats that have been built on the Kings Arms site 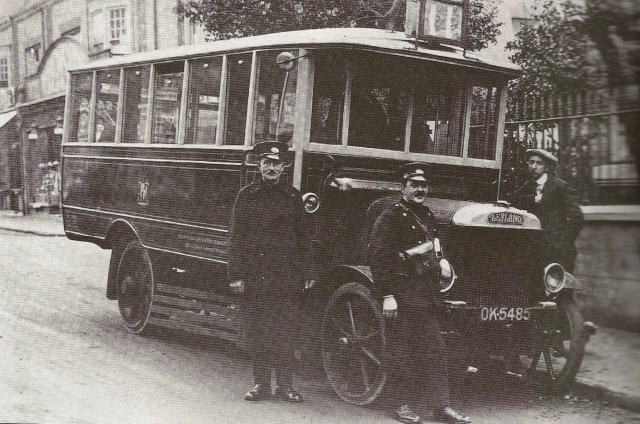