In the heyday of the canal network, the Grand Union Canal became the main link between Birmingham and London. Crossing the bridge, to the left the canal would take us through Tyseley and Small Heath skirting round the east side of the city centre to reach Gas Street Basin. To the right the canal goes through Olton on its way to Knowle and Hatton with their famous flights of locks on its way DOWN to London. In Birmingham, we always say “down” to London, don’t you think that’s true on a number of levels!!

Then we can see Yardley Cemetery on the right immediately after the canal bridge. An 8-acre cemetery was opened here in 1883 to relieve the churchyard of Yardley Parish Church. On the extension of Birmingham’s boundary thirty-eight years later, the cemetery was taken over by the Corporation. The cemetery is now some 64 acres. After the Second World War cremation became more popular, so the City Council adapted one of the chapels for cremation purposes. At the entrance to the site stands Yardley Cemetery and Crematorium Lodge which dates from 1880 and is now Grade II listed.

Opposite the cemetery lodge is Mansfield Road and, on the corner stands a shop. Originally, the business here was a “Monumental Sculptor” well placed for headstones so close to the Yardley Cemetery! This is now a second-hand shop where Laurel and Hardy once kept a watch at the front door!

Yardley Cemetery in the snow – January 2018 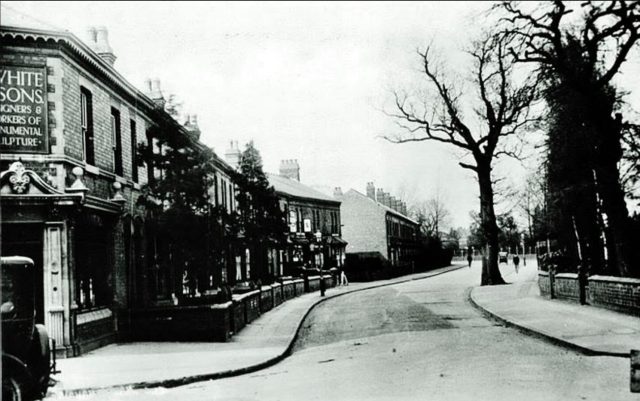 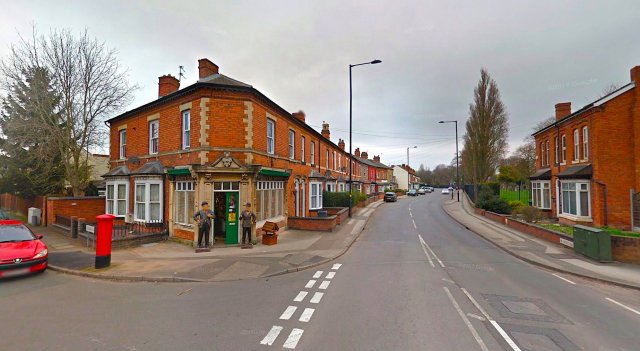