As we approach the M6 Motorway which crosses the Outer Circle ahead of us, on the right is the site of Bromford Bridge Racecourse.

The first recorded meeting was on 14 June 1895. In 1914, the racecourse grandstand was burnt down by members of the suffragette movement and the course was then requisitioned by the military during both World Wars. After the last war the course was bought by the Birmingham Racecourse Company for eighty-five thousand pounds, they then sold the land for housing for one point two million pounds just 16 years later. A wise investment by the sounds of it!

The racecourse was closed in 1965 and the winning post was sited on the housing estate, but it now seems to have been removed.

We now cross the River Tame, one of Britain’s most polluted rivers during the 20th century, draining as it does great swathes of the Black Country and Birmingham. This got it the name locally of “The Black Brook”. However, remarkable efforts have been made to improve the quality of the water to the extent that now herons and kingfishers have been seen here.

We then cross the ex-Midland Railway line to Derby. When the racecourse was in use the station here was opened for the race day specials, and trams would park up in long rows nearby to take racegoers home.

Bromford Mill was mentioned in the Domesday Book in 1086. It must have been rebuilt a number of times, but it eventually became Bromford Forge. It was the last mill in Birmingham to be converted from corn milling to iron processes. ‘As red as the rising sun at Bromford’ was an old Warwickshire saying used until the end of the 19th century. Could air pollution from the forge here have contributed to the exceptional red dawns?

We now go under the M6 motorway which crosses here on Bromford Viaduct which was constructed between 1964 and 1972. This elevated stretch of motorway above the Tame is the 3½ miles (5.6 km) long Bromford Viaduct. It is a quarter mile longer than the Second Severn Crossing making it the longest bridge in Great Britain. 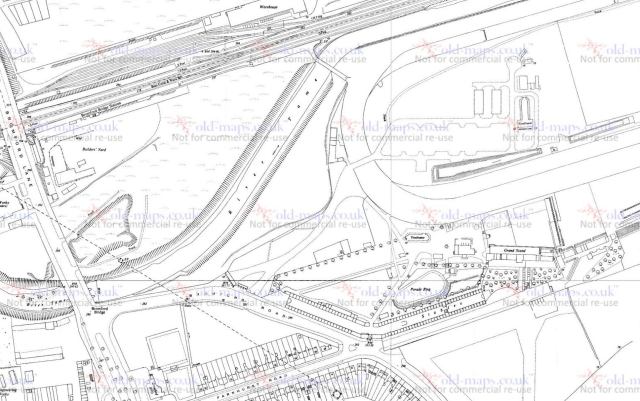 Map from the 1950s showing the “business” end of Bromford Bridge racecourse alongside the River Tame. Bromford Lane runs south to north on the left, crossing the River Tame and the railway 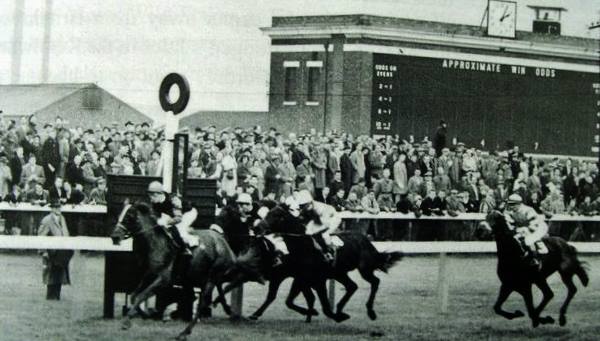 Bromford Bridge Racecourse, probably in the 1950s. That is probably the Dunlop Tyre works in the background

The end of a race at Bromford Bridge Racecourse, probably in the 1950s 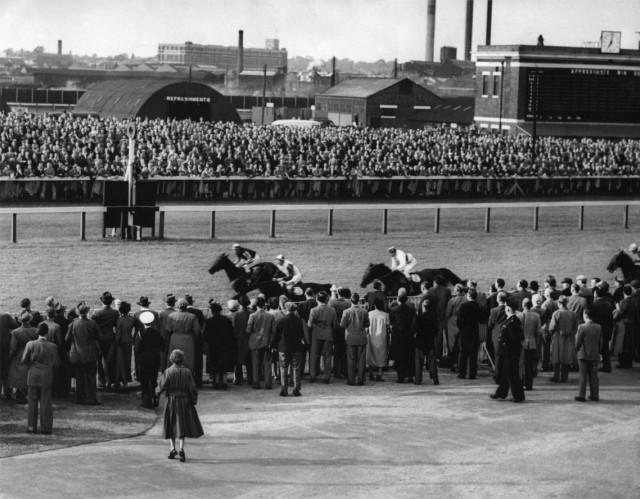 The winning post at Bromford Bridge Racecourse, probably in the 1950s. Fort Dunlop is in the background

Snow in Bromford Bridge Racecourse, probably in the 1950s

The winning post had gone by 2018. Now where did that go? 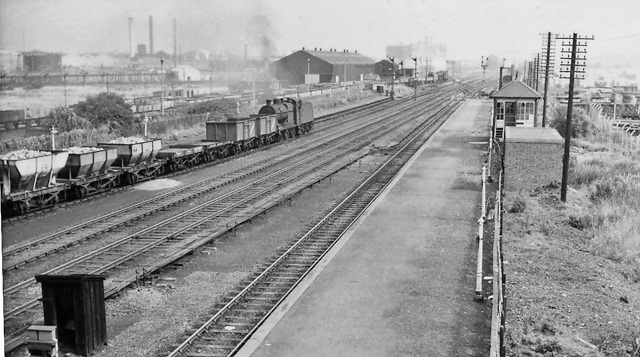 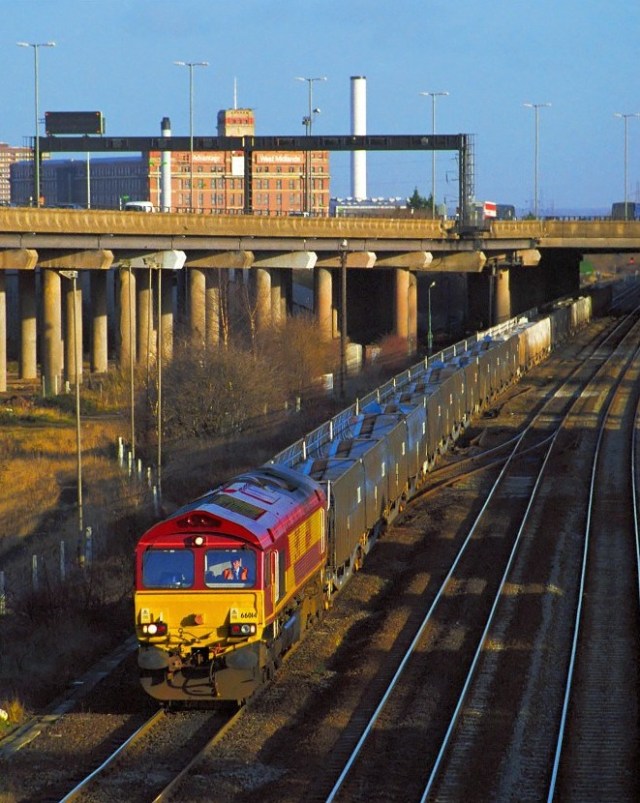 66014 approaches the site of Bromford Bridge Station in 1999 – 34 years after the racecourse closed. Fort Dunlop is on the other side of the M6

Buses in Bromford Lane picking up racegoers from the racecourse – c1951