Having passed St Edburgha’s Road you’ll travel just 160 yards before the Outer Circle becomes Station Road at the junction with Vicarage Road. It looks as if this may be the boundary between Yardley & Stechford.

We then cross Bordesley Green East and along here on the right we see a number of houses which pre-date the 1920s and stand on the building line of the original road whilst those built between the wars lie much further back to allow room for one of the planned dual carriageways that was never completed.

As we travel along Station Road look out on the left for Yardley Fields Road and venture about 300 yards along there and you’ll find Stechford’s “Five Ways”. It is the meeting point of Yardley Fields Road, Stuarts Road, Richmond Road, Albert Road and Lyttleton Road. On the centre of the tiny roundabout there you’ll find the Stechford WWI Memorial to the “Men of Stechford” who fell in The Great War. The 12-foot-high cross lists the 51 men from Stechford that fell during the 1914-18 war.

In about a quarter of a mile we will find on the right what was up recently called Stechford Cascades. This started life as Stechford Swimming Baths in 1962. Rumour has it that it was designed and constructed as the first Olympic size swimming pool in Birmingham, but between drawing board and construction the size of Olympic pools was changed from imperial to metric, so the new pool did not meet the international criteria. There was even an outdoor “Lido” at Stechford. I’m not sure that the climate was right for it to get too much use, however it was open from 1964 to 1991.

The baths were given a new frontage some years ago, and renamed “Stechford Cascades”. This is due to be demolished after the new Stechford Leisure centre which was built next door was opened this year.

There are shops on either side of the road as we approach Stechford Station. This was built in 1844 by the London & Birmingham Railway and it lies three & a half miles from the city centre.

The line here was electrified in the 1960s and Stechford was the scene of an accident in February 1967 when an electric passenger train from Manchester to Coventry hit the locomotive of a goods train. Nine people lost their lives and 16 more were injured.

The end of Stoney Lane, Yardley and the start of Station Road, Stechford (if you’re going round the Outer Circle in an anti-clockwise direction) 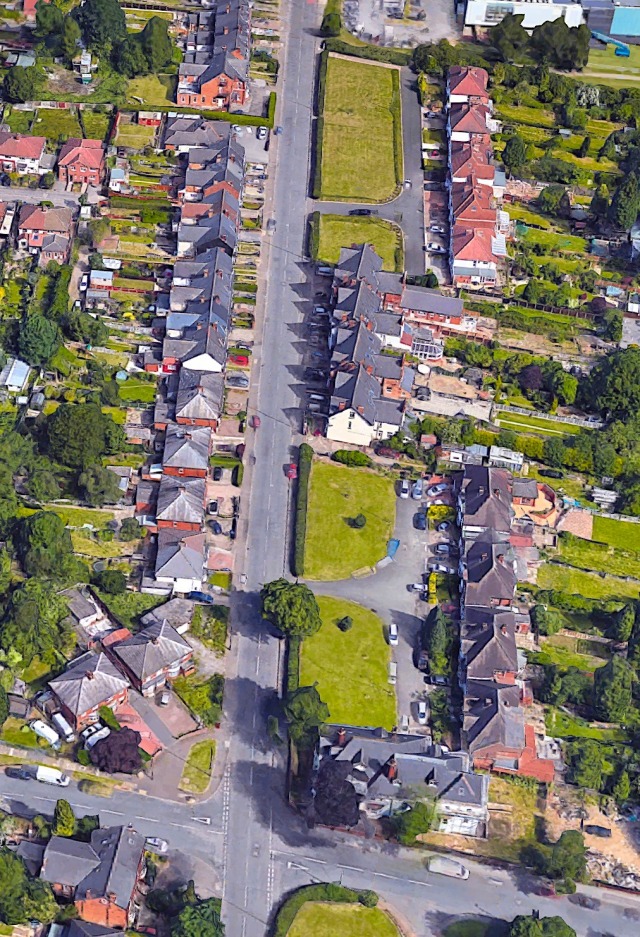 Station Road, Stechford looking north, towards the station. The houses in the centre were built pre-1920s on the old building line. The others on the right were built after the decision was made to create a dual carriageway – it was never built. 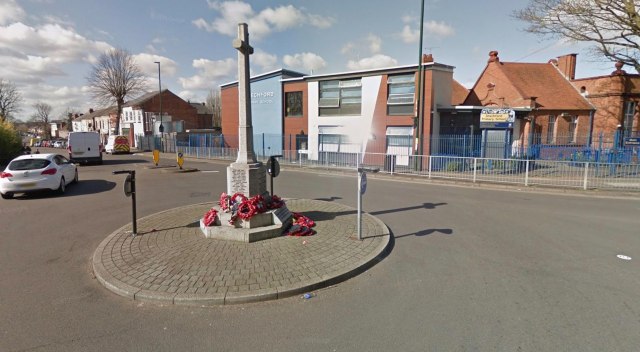 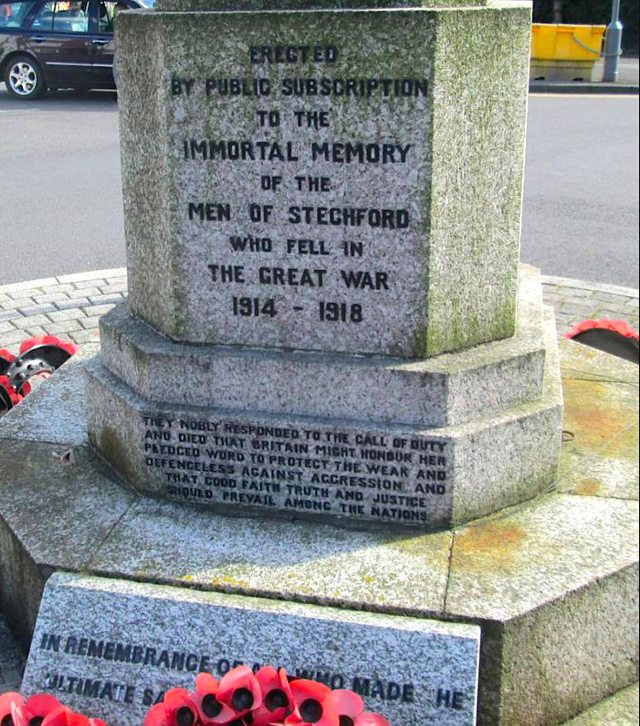 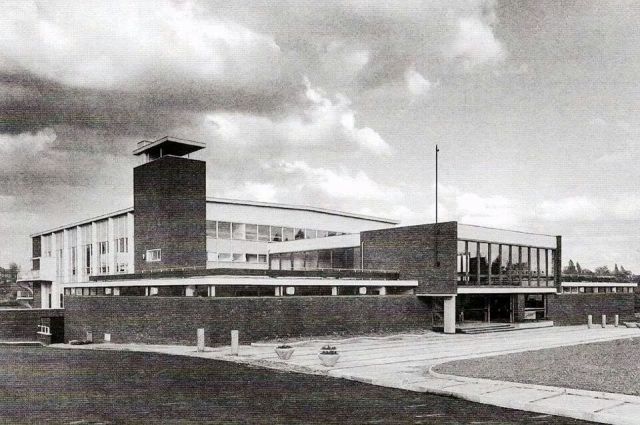 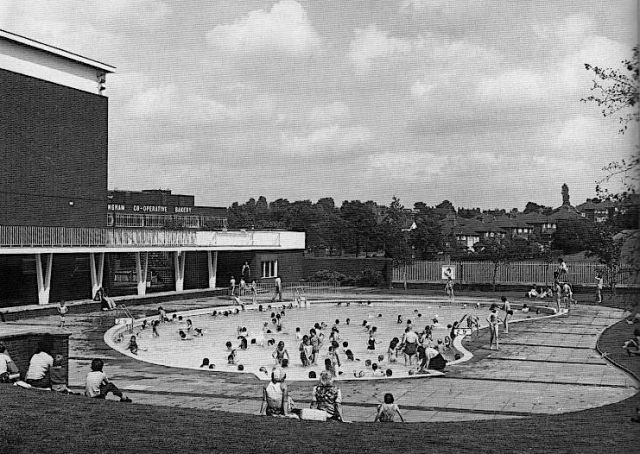 The Lido at Stechford Swimming Baths – it closed in 1991 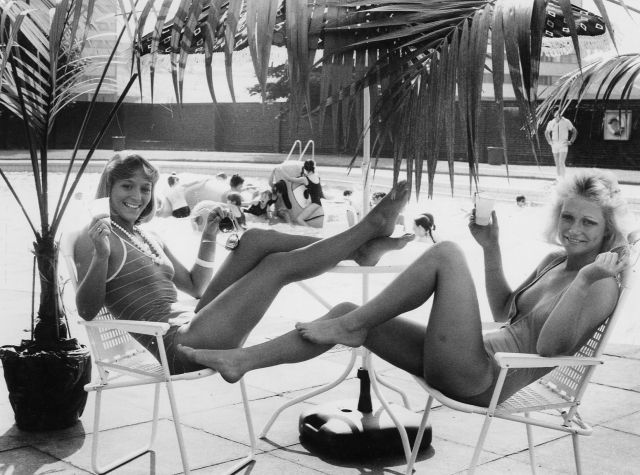 Happy swimmers at Stechford Lido after the 1980’s refurb. Did they ever get wet?

The shops on the west side of Station Road near to the junction of Lyttleton Road, Stechford – 1950s

The shops on the west side of Station Road at the junction of Lyttelton Road, Stechford – March 2019

The shops on the west side of Station Road at the junction of Victoria Road, Stechford – March 2019 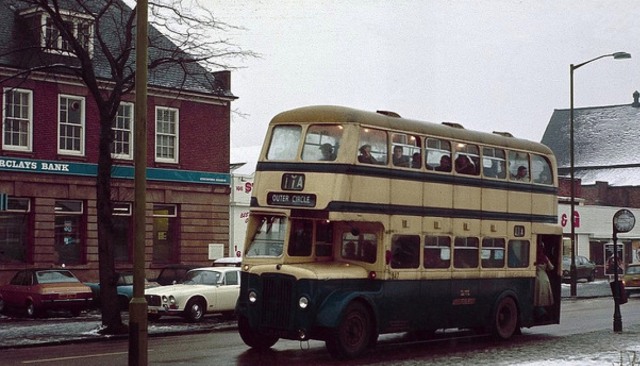 This is ex-BCT bus 2847 (the one that had been fitted with a heater and platform doors) in 1976. It is standing at the bus stop on the anticlockwise side in Station Road opposite the junction with Lyndon Road.

Station Road, Stechford at the junction of Lyndon Road (the same location as the previous photograph of ex-BCT 2847 in 1976). This was taken in October 2018 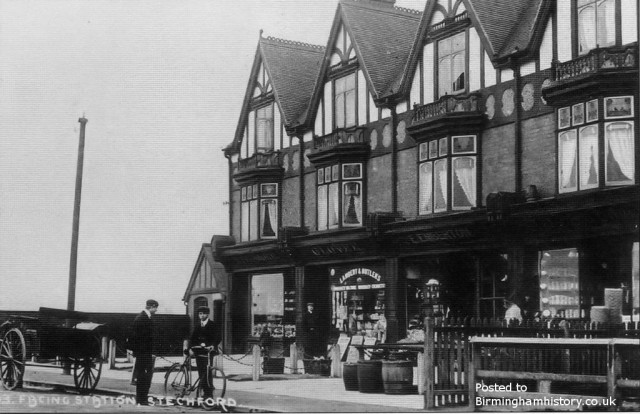 Shops on Station Road, on the right next to the railway – probably around 1900 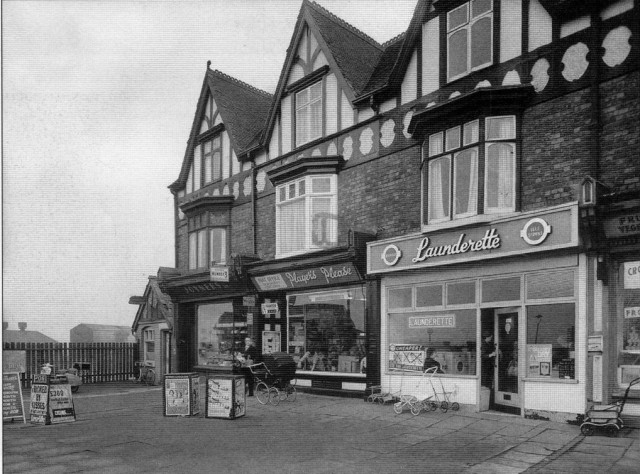 Shops on Station Road, on the right next to the railway – 1960. Look at all the pushchairs used as laundry buggies! 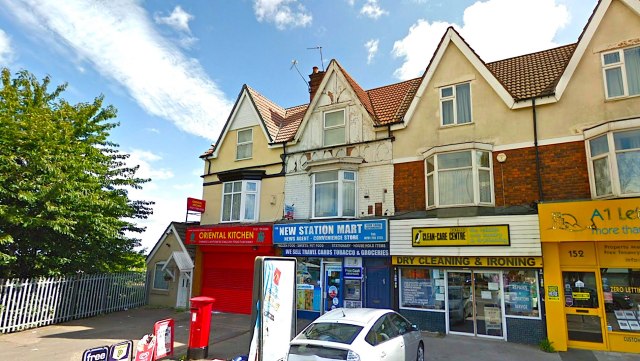 Shops on Station Road, on the right next to the railway – March 2019 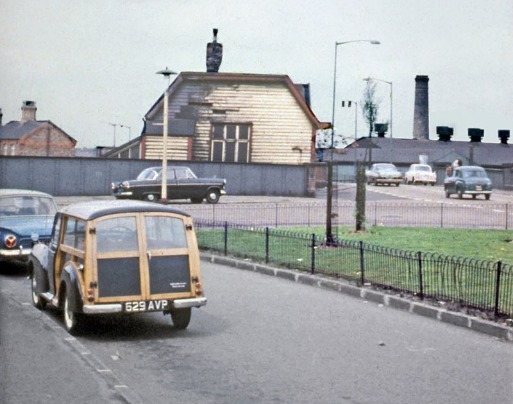 Stechford Station in the 1960s 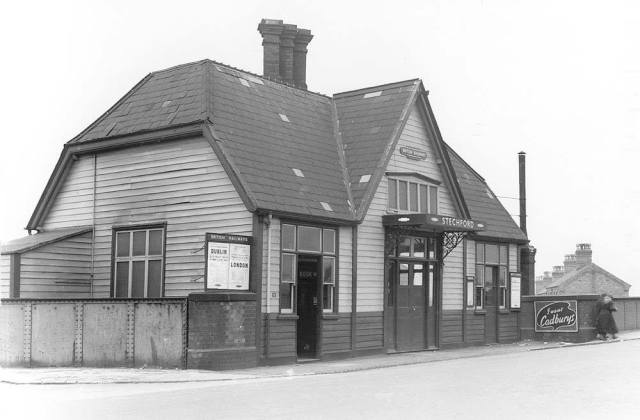 Stechford Station (on the bridge) in the 1950s 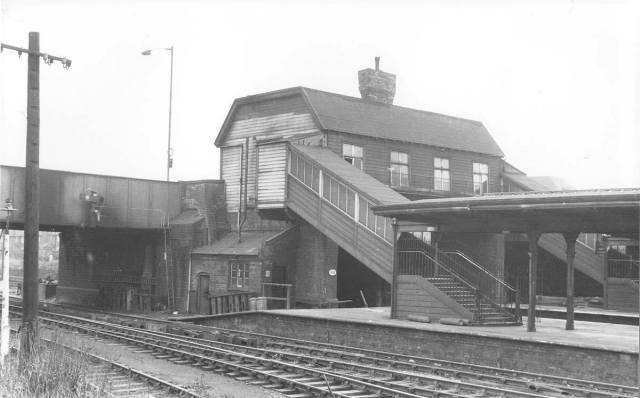 Stechford Station showing the staircases leading down to the platforms – 1964 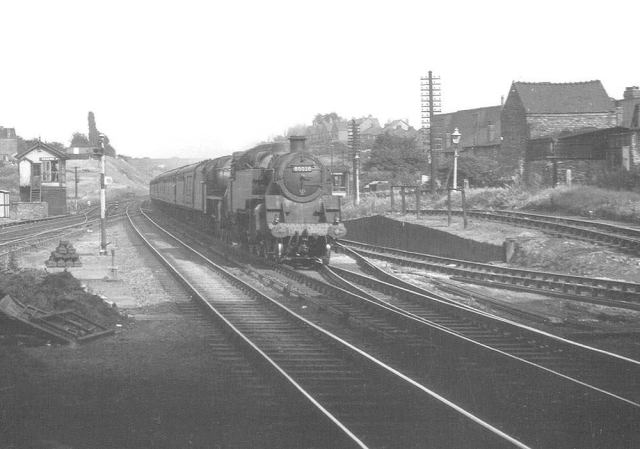 Stechford Station – A “double header”. BR 80088 and ex-LMS 44803 on a down express approaching Stechford Station – the lines on the right led to the goods yard and the bridge in the distance is on Hill House Lane, about half a mile from the station 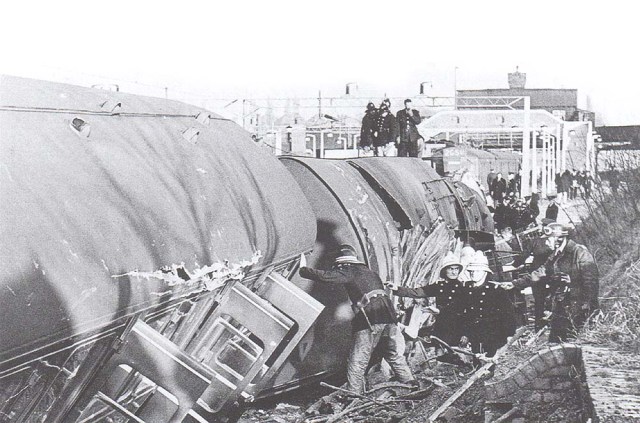 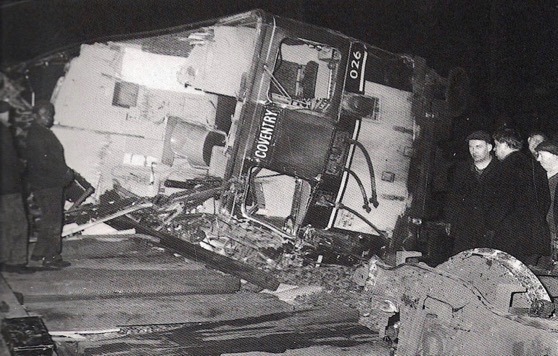 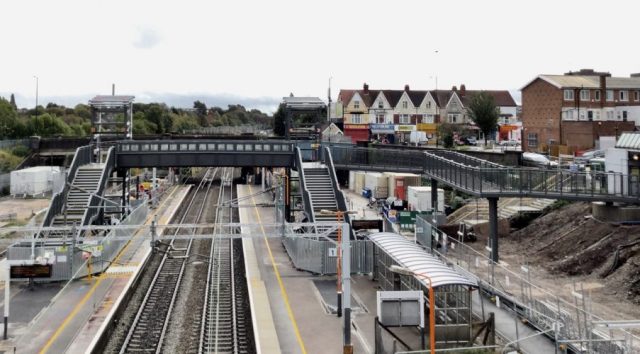 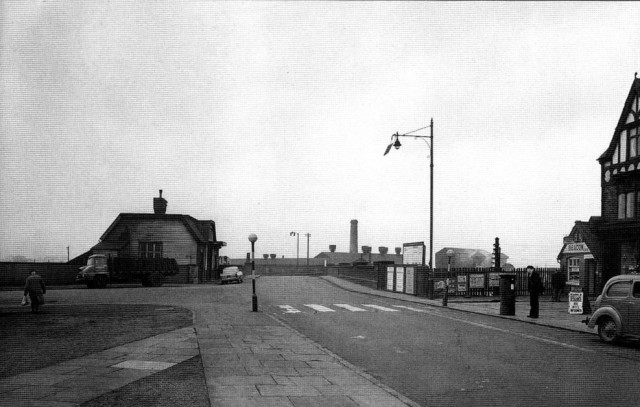