THEN & NOW on the Outer Circle – stage 5

After crossing the Stratford Road, the Outer Circle goes along School Road for about 500 yards. The road is lined with a variety of houses, one of which we lived in about 40 years ago.
At the end of the end of School Road, on the right, is The Church of the Ascension, Hall Green Parish Church. It was originally known as Job Marston’s Chapel after a local landowner who contributed £2000.00 towards its construction. It was consecrated in 1704. The original building and additions in the 1860s are in the English Baroque style, unusual in a Church building and it became grade II* listed in 1952.
On the diagonally opposite corner of the junction from the church is the site of Hall Green Hall, or Hawe Hall as it was originally known. This was a timber-framed house and it was extended in Tudor times and again in the 18th century. Last occupied in 1935, the hall was sold and demolished for the construction of the Charles Lane Almshouses that stand there now.
We now turn left into Fox Hollies Road, the first of the suburban dual carriageways on our route that were planned by the city between the wars to give easy access around the city. The plans were never completed due to the interruption of the Second World War, and we will see that there are places on our route where housing was built to allow a dual carriageway which was never completed.
The name Fox Hollies comes from the time when the Fox family bought the farm belonging to the atte Holies in the 15th century, and this became the name for the whole of this area between Hall Green and Acocks Green.
We are heading along Fox Hollies Road towards the junction with York Road, which is on the left. If you went down York road for about 300 yards you’d pass the site of the Hall Green Dog Track. This opened in 1927 when much of the housing in the area was built and closed with a month’s notice in 2017 for more housing to be built. It was used as a Speedway track between 1927 and 1938.
Further along York Road, by the railway, you’ll find the site of the Velocette factory. Motorcycles, including the famous police “noddy” bikes, were manufactured here between 1926 and 1971.

School Road, Hall Green c1910 looking east from where the junction with Brooklands Road is now 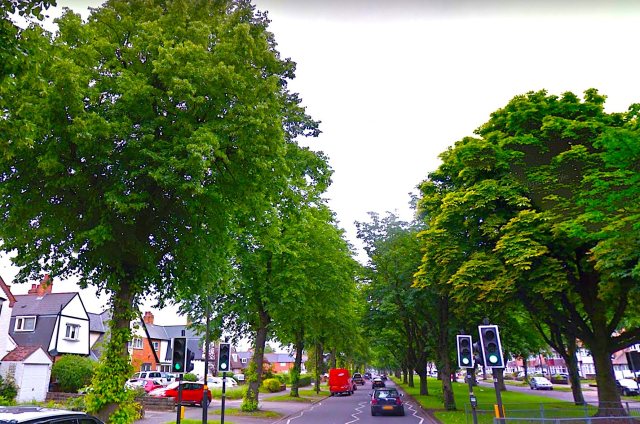 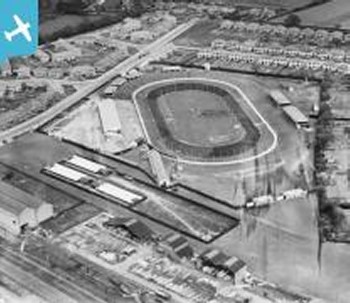 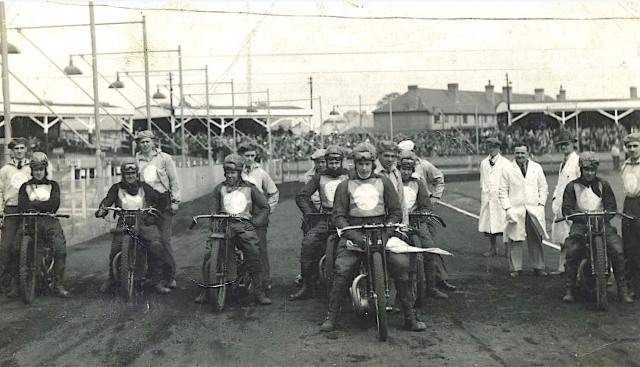 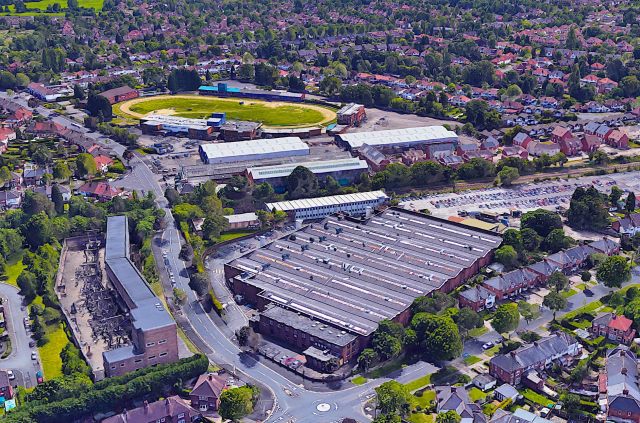 Hall Green Stadium from the air in 2017 after closure & before demolition. The factory in the foreground was on the site of the Velocette factory. That was replaced after the site was taken over by Lucas. Latterly it was occupied by Goodrich. The site was cleared in 2018 for housing.